Don’t Underestimate The Power Of The Internet Hate Machine 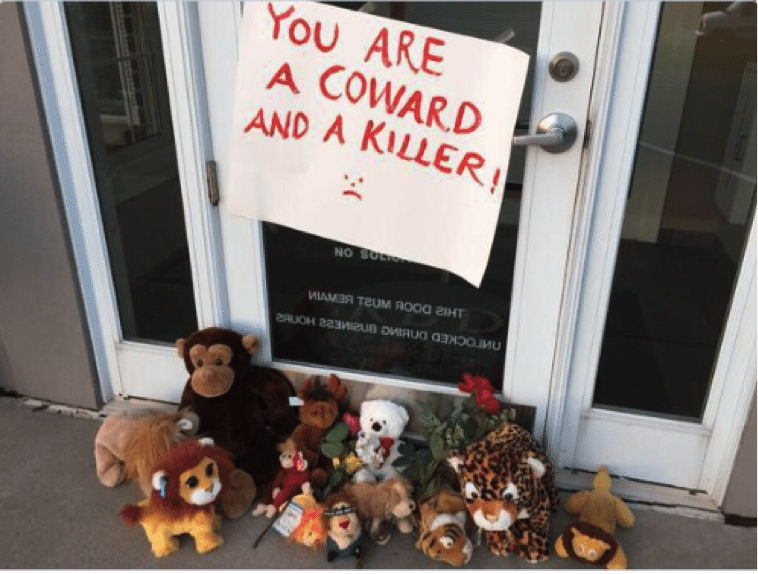 Every person in your company probably has something they don’t want to go public. Whether you’re posting drunk status updates on Facebook or taking a video of yourself speeding down the highway, you need to understand your private life and your professional persona are becoming indistinguishable.

The “Internet hate machine” sounds exaggerated, but it isn’t. Mob justice at the hands of thousands of anonymous Internet users has become much more mainstream. If you manage to outrage a lot of people online, there may be more repercussions than you think.

For example, the tragic story about Cecil the lion broke out this week, outraging people across the world. Walter Palmer, a dentist from Minnesota, paid approximately $50,000 US to shoot and kill Cecil using a bow. After slowly dying for 40 hours, the dentist shot Cecil before skinning and beheading him. Palmer has since made a statement that he secured all the proper hunting permits and to his knowledge, the activities of his trip were legal.

One of the reasons why there’s so much outrage about the lion’s death is because this wasn’t just any lion. Many in Zimbabwe and tourists from around the world adored Cecil. In fact, Cecil was so special that he was being tracked as part of an Oxford University Study.

How did people find out? Palmer shared a photo of himself posing with the slaughtered lion. Not a good idea. The Internet witch-hunt has forced the dentist to go into hiding and has completely shut down his business. His Yelp page has been flooded with hundreds of negative reviews. Even celebrities like Jimmy Kimmel and Ricky Gervais have made public comments denouncing Palmer.

His actions have severely damaged his personal reputation and threatened his livelihood. The Facebook page, Twitter account and website for his dental practice have all been shut down due to insults and death threats. Palmer’s Yelp page has also recently been bombarded with negative reviews.

His dental office has even been forced to temporarily close as protestors used stuffed animals and water pistols to recreate ‘the hunt’.

What if this happens to me?

To be honest, if this happens to you, you’re in some serious trouble. All you can do at that point is to apologize and keep your head down until people forget all about it. This might take weeks or even months, but there isn’t much you can do but to lay low.

A better question to ask is “How can I prevent this from happening?”

Simply put, you should use common sense.

Be careful what type of material you and your employees share on social media. It’s good to have a solid social media policy so everyone is on the same page over what is acceptable and what isn’t.

We’re not saying you can’t ever have fun or go to parties, but you have to be smart about it. Remember, every photo or video you upload could be found by the public in the future.