Why The ALS Ice Bucket Challenge is the Perfect Social Campaign 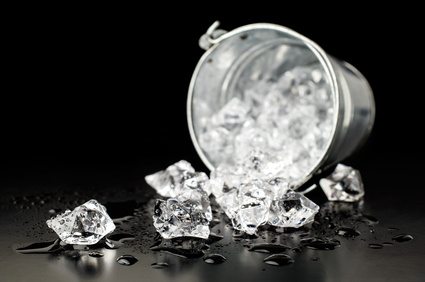 Amidst so much tragic news around the world in places like Syria, Iraq, Ukraine, and even Ferguson, the ALS Ice Bucket challenge seems like a real feel-good story; something that makes you smile just from hearing it.

If you haven’t been paying attention, the formula for these videos is simple. A person goes on camera to explain what they’re doing and encourages people to donate to ALS (short for Amyotrophic Lateral Sclerosis, also known as Lou Gehrig’s disease). They then dump a bucket of ice water on their heads. Finally, they name three other people to also take the challenge within 24 hours.

Starting earlier in August, the ALS Ice Bucket Challenge has grown to become a major Internet trend, with everyone from celebrities to politicians and everyone in between participating in the challenge, resulting in hundreds, if not thousands of videos.

Why has it become so popular?

Bill Gates, Mark Zuckerberg, Robert Downey Jr., Charlie Sheen, and even Toronto Mayor Rob Ford among those who have taken part. Some people put their own twist on it like Charlie Sheen, who dumped a bucket full of $10,000 on himself (which he has donated to ALS). Many people who didn’t care about ALS (or even know what it was) still want to watch the videos because they want to see Chris Pratt get soaked with a bucket of ice. Even better, if someone sees their favourite movie star doing the challenge, they become more inclined to do it themselves.

The whole thing has an incredibly compelling call-to-action. There are three main components of this CTA that makes it so attractive.

Anyone who has been called out by the challenge has 24 hours to do their own challenge. The time limitation acts as a sense of urgency and encourages people to participate.

As a general rule, people love to noble contribute to causes without actually doing anything significant like fundraising or donating. The ice bucket challenge gives people a fun way to feel good about themselves and raise awareness for ALS at the same time.  By participating, they may even be inclined to donate, as they are now a part of the movement.

Humans are social creatures after all. Everyone can see the immense popularity of the ice bucket challenge and may feel a sort of “high school” peer pressure to do the same thing. If someone has “tagged” you in their challenge, everyone who watched that video will now be expecting you to make your own video.

Got a bucket? Have a phone? Live close to a convenience store? Great! You have all you need to start your ice bucket challenge. The simplicity gives the entire thing a low barrier to entry. Once people realize the benefits of doing it outweigh the costs, they become much more willing to join in the trend.

Most importantly, the ice bucket challenge has had a tangible effect on ALS donations across the United States. According to Forbes staff writer Matthew Herper:

“…the ALS Association has since said that it has raised $15.6 million as a result of the challenge, nine times what it normally raises in the same time frame. Another ALS charity, Project ALS, told the Washington Post that its donations were 50 times normal. ALS TDI, another ALS charity, says that has raised $580,000 since the beginning of August, 10 times what it normally receives.”

Want to go viral for yourself? Contact us here and let us help you come up with a social media strategy.