Tumblr At A Glance 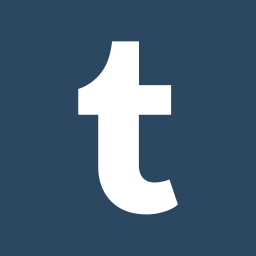 For those that don’t know, Tumblr is a huge community of image blogs. Users post images (or animated GIFs) to their group of followers, who can in-turn share them with their followers. Structure-wise it is similar to Twitter, but much more image friendly. Conversely, traditional blog posts (especially ones with no pictures or media) generally do not do as well.

Tumblr works best for visual industries. The culture of Tumblr is incredibly receptive to photos and videos. However, you can upload music and plain text as well.

Similar to Twitter, hashtagging is an  important part of Tumblr. Users can search and subscribe to different tags, and they play a major role in getting your content noticed. Make sure you keep an eye on popular trends and tag your content appropriately.

One of Tumblr’s strongest features is that animated GIFs are not only common, but encouraged. By animating your photos or converting your videos into bite-sized clips, you can get a lot of attention to your content. If you have promotional videos, Imgflip is a good free resource you can use to convert it into separate animated GIFs.

One of the huge potentials of Tumblr is the incredible ease of sharing (also known as reblogging) material they find. Everyone is constantly reblogging things to their friends, and as a result, is constantly on the lookout for good content. For you, that means a crowd of followers that will excitedly share any posts that they like to their networks. Some posts will often be shared over several hundred thousand times!

Post scheduling is a built-in feature for Tumblr. You can easily create a queue and spread your content out over the next couple of weeks. It may be tempting to just repurpose your Facebook or Twitter feed for Tumblr, but try and spice it up a bit with animated images or even videos whenever you can.

According to Alexa, Tumblr is mostly inhabited by high school and university-aged females. This isn’t necessarily a downside, but it’s something to be aware of when deciding what kind of content to post. Although there is content for everybody on Tumblr, there is a heavy skew towards film, fashion, art, and animals.

From personal experience, Tumblr’s user base can only be described as fickle. Many users do not want to see businesses on their Tumblr dashboards and will go to extra lengths not to be associated with businesses. Extra care must be taken to make both your account and your content less businesslike and more casual.

Although not many businesses use Tumblr, there is a lot of competition for an audience’s attention. If your content doesn’t stand out, many users will simply ignore you. Before you start putting out content, take the time to research popular posts in your industry to get a good idea of what works and what doesn’t.

Should I Use This Network?

This is where you have to make a judgment call. Tumblr definitely isn’t for every business, and it shouldn’t be used as an all-purpose network (like Facebook). Use Tumblr when you have a special cause to promote, like if a portion of all sales are going to charity next week. Tumblr is great for sharing content and distributing information, but only if it is visually captivating or tells a good story. If you want Tumblr to work for your business, you have to put in extra effort to make it succeed.