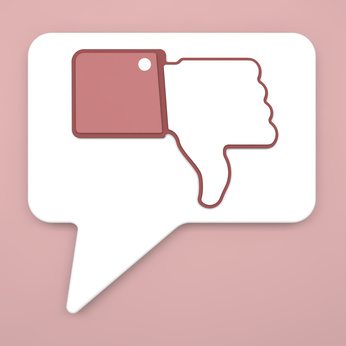 Has the heat gotten to everyone? There have been quite a few high-profile social media blunders by people who should really know better by now. Not to kick these celebrities and businesses when they’re down, but it’s important for all of us to understand how it can just take one momentary lapse of judgment to send your brand into a PR spiral. 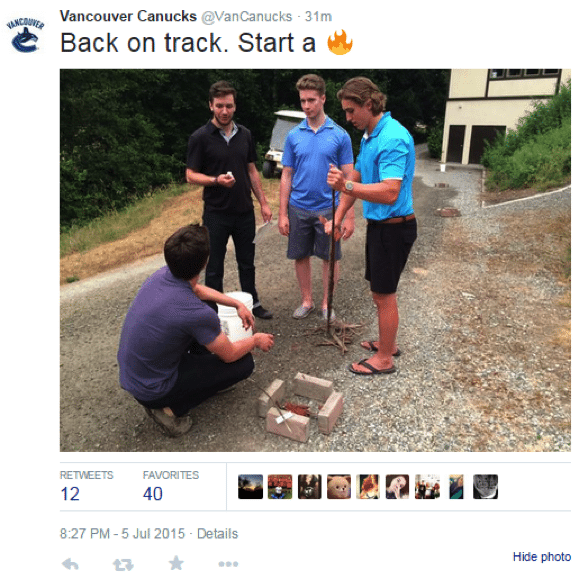 For those of us not in BC, you can be forgiven if you don’t understand the gravity behind this tweet. There have been record-breaking high temperatures in the region, sparking water rationing and fire bans throughout the province. Even so, over two hundred wildfires have broken out the past few weeks, with a massive one in nearby Pemberton engulfing downtown Vancouver in a thick haze. 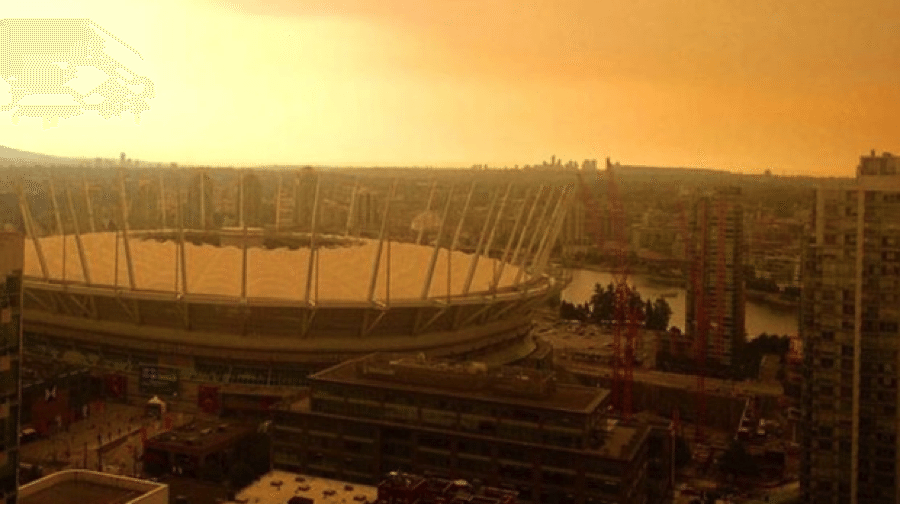 With that looming over everyone’s head, the Canucks tweeting a photo of their new trainees trying to start a fire in the wilderness comes off as pretty insensitive, if not irresponsible.

How did the Canucks react?

The Canucks did the right thing here and immediately pulled the photo and put out a public apology. Obviously, they learned from their mistake, right? 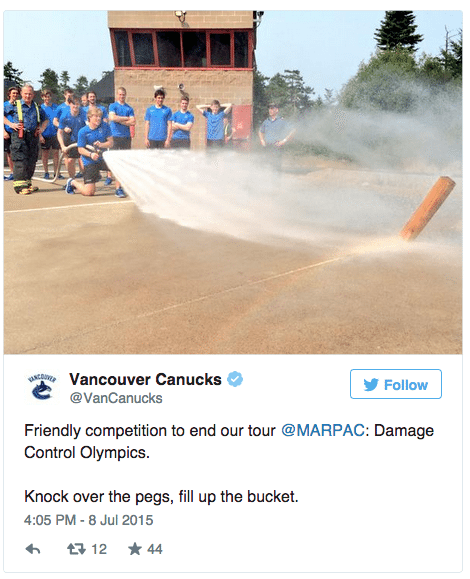 Clearly, whoever is in charge of the Canucks’ social media hasn’t been thinking straight. The social media backlash was bad enough that the Canucks General Manager Trevor Linden has had to step in and issue a public apology.

Here’s a bit of advice: social media managers should always have an understanding of global news and trends to avoid making these controversial tweets! 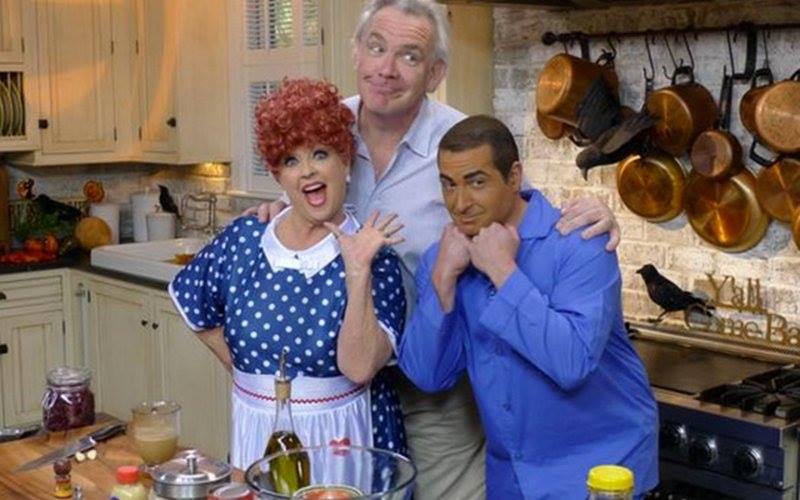 In a bizarre costume photo, celebrity chef Paula Deen tweeted a photo of her and her son dressed up as Lucille Ball and Richy Ricardo from I Love Lucy. Unfortunately, her son clearly had “brownface” on, giving him a darker appearance. If you don’t know how incredibly racist is, you should read this.

How did Paula Deen react?

According to Fox News, the tweet was sent out without Deen’s permission by a social media manager. The original photo was from a 2011 Halloween special and was quickly taken down after a large backlash back then.

The social media manager has since been fired and Deen’s rep has given a full apology. Sure, it was the manager’s fault for posting the image, but Paula should still face some responsibility. Why was such a controversial photo taken in the first place? Why did Deen not have tighter controls over her social media presence? The disgraced chef is already suffering from a reputation of racism that sunk her career. You would think they would be a little more careful with tweets like that! 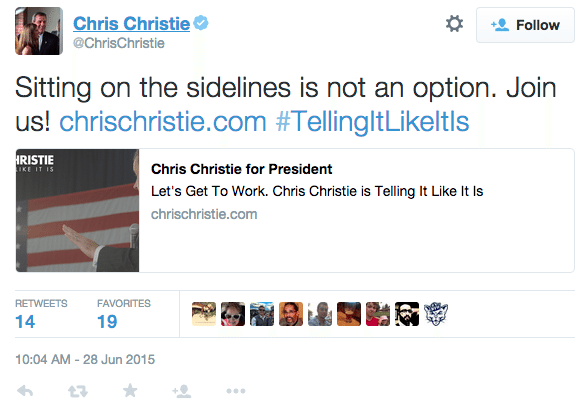 Republican Governor and hopeful Chris Christie recently announced he was running for president with the hashtag #TellingItLikeItIs, which was the slogan behind his campaign. Unfortunately for him, the hashtag was quickly hijacked by several thousand angry tweets unhappy with his #Bridgegate scandal.

To be fair, this wasn’t completely his fault. The hashtag was just his campaign slogan, but the open-endedness of it definitely backfired 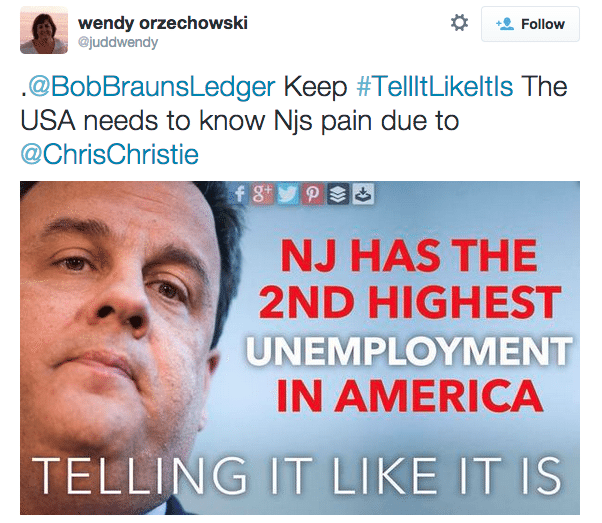 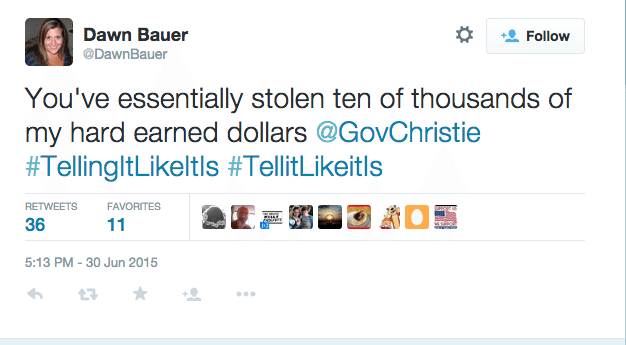 How did Chris Christie react?

He didn’t react too much. He continued to use the hashtag on Twitter and hasn’t made any public response to the negative comments yet. In the long run, this isn’t a bad strategy. The negativity is still flowing in, but the momentum has definitely slowed.