It was challenging, it was creepy, and it made users want more. It was a little known social media campaign called “Tsilon”, and it started exploding around early 2012 all across Canada.

The main registration page at tsilon.ca.

There were two main segments of Tsilon.

Going to tsilon.ca takes the user to the registration process, where users had to find hidden passwords on a number of fake sites. Marc Saltzman from Yahoo describes the process fairly well:

“There are six “doorways” at tsilon.ca (pronounced “sy-lawn”) and gamers need to figure out the password to at least 4 out of the 6 by solving a few riddles. But this doesn’t guarantee access to the G-List just yet. Oh, no. This is just the first step, and one that takes you to yet another secret web portal to take the real test.”

Once users got through the registration, they were taken to dashboard where they could accumulate points by completing challenges and answering video game trivia questions. Users that consistently performed well would be allowed to enter the “G-Members List”, a bonus area where users were awarded access to coupons for certain video games and electronics.

Why was Tsilon a Success?

On the surface, Tsilon doesn’t seem like it would work well at all. It was obtrusive, unclear, and wasn’t advertised out using other channels. In spite of all this, Google trends show that Tsilon rose dramatically in popularity between 2012 to mid 2013.

Here are some of the reasons why we think the campaign was such a runaway hit:

The Campaign was Tailored for the Right Audience

Once registered, users quickly became invested into Tsilon. Anything users did on the site, from answering the trivia questions to finding hidden codes around the site awarded them points that would take them one step closer to becoming full members. 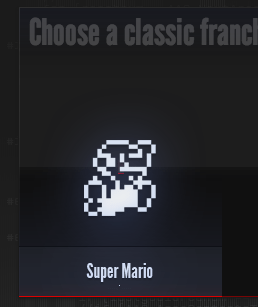 The fact that the majority of users were gamers boosted the effectiveness of the campaign. The primary way users could get points was by answering trivia questions about classic video games. By designing the entire site around video games and video game culture, the campaign targeting was perfectly synchronized with Tsilon’s target market.

While usually it’s a great idea to throw your brand all over a social media campaign, the opposite seems to have happened with Tsilon.

The fact that Tsilon hid their intentions from the public helped set them apart from everyone else. Company names didn’t even show up until users became a G-List member, and by then, users were so invested in the project that they didn’t care. While it didn’t build much brand equity, it garnered an incredible amount of buzz and kept Canadian gamers talking for a long time.

Tsilon was actually an initiative by a partnership of different electronics companies, such as Nintendo, Xbox, Sony, and others, although no one really knows for sure who was a part of it.

It Got People Talking

Perhaps most important of all, Tsilon got people talking about it. As strange as the registration page looked, it certainly made people very curious. While we might have expected people to get confused at the page and leave, many fans took to social media and their personal circles to ask for suggestions. This helped spread the campaign organically during its early days.

Once people started getting through the registration and entering the actual site, they told stories of game discounts and trivia to non-users, which encouraged them to register as well.

Currently some parts of the site no longer work, but you can still register and access to G-Member area. Want to see it for yourself? Check out the main website.